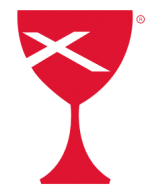 In 1846, John Griffin founded the community of Dudley north of present day Carlisle. It was destroyed by the great flood of 1851 and relocated to its present site by Jeremiah Church. The community was renamed Carlisle after the city of the same name in Cumberland County, Pennsylvania. During the 1800s a movement toward Christian unity was underway in the new nation, spearheaded by ministers Thomas and Alexander Campell and Barton Stone. Their movement eventually developed into the Disciples of Christ/Christian Church denomination. The Carlisle Christian Church was organized in 1860, with members originally meeting in the school or in homes until the first building could be built in 1868 at the coast of $2,100. The church has grown in size and membership since its early horse-and-buggy days. The west room annex was built in 1919 from lumber donated when the hotel in downtown Carlisle was torn down. Since then, the church has seen numerous additions including a parsonage, a new front entry way, a fellowship hall, new Sunday school rooms, and stained glass windows. The church’s main asset, however, continues to be its loyal members.